Written by Russel Joseph Balane
Updated over a week ago

Campaign event filters allow you to target individuals based upon their designated status of a particular event or several events. Keep in mind, the user will enter the campaign based upon the status of the event(s) at that moment.

To get started, select “Event” from the campaign filter type. 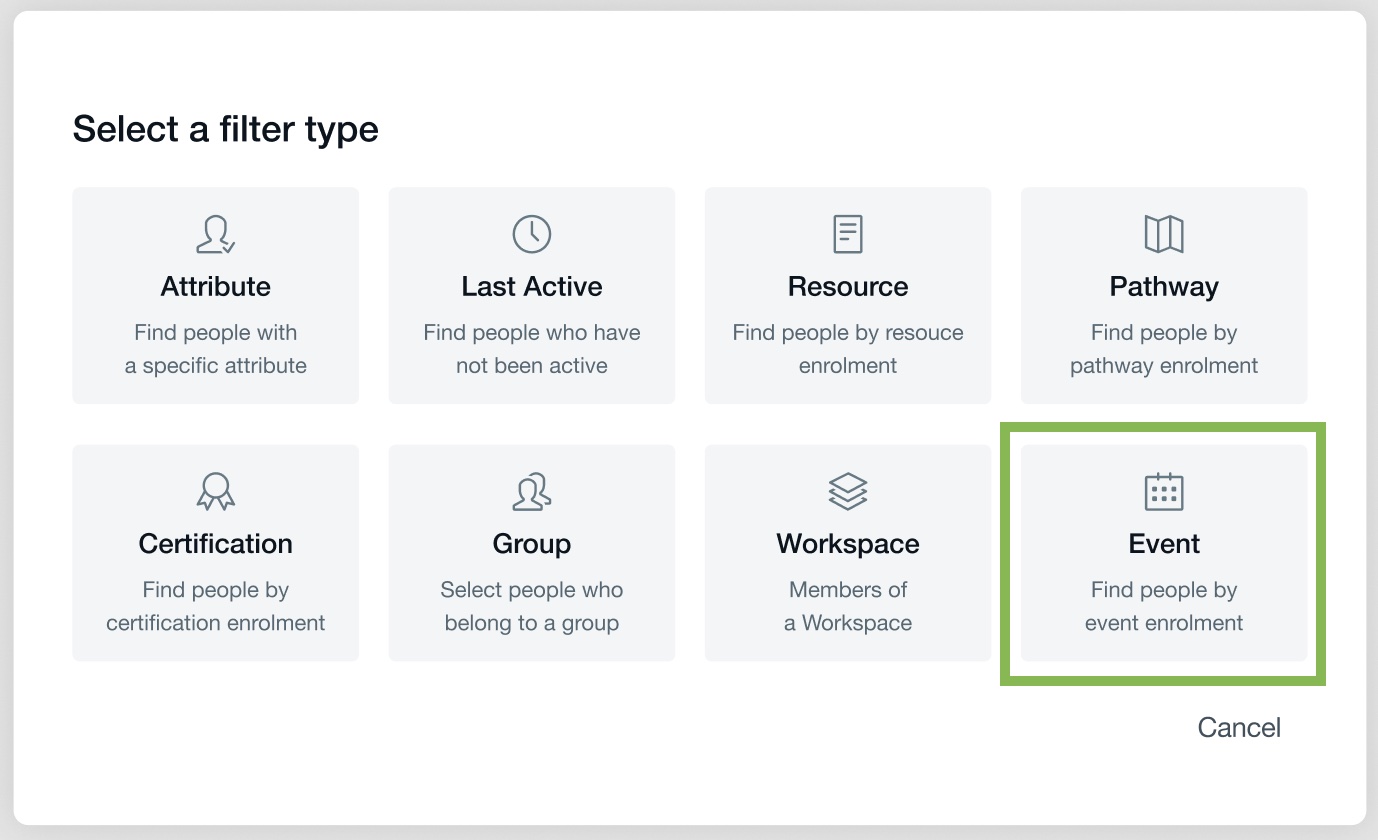 The event filters can be used with both RELATIVE and FIXED campaigns. Keep in mind, that the user will enter the campaign whenever they meet the specific audience criteria. This is important to remember when choosing between a FIXED and RELATIVE campaign. 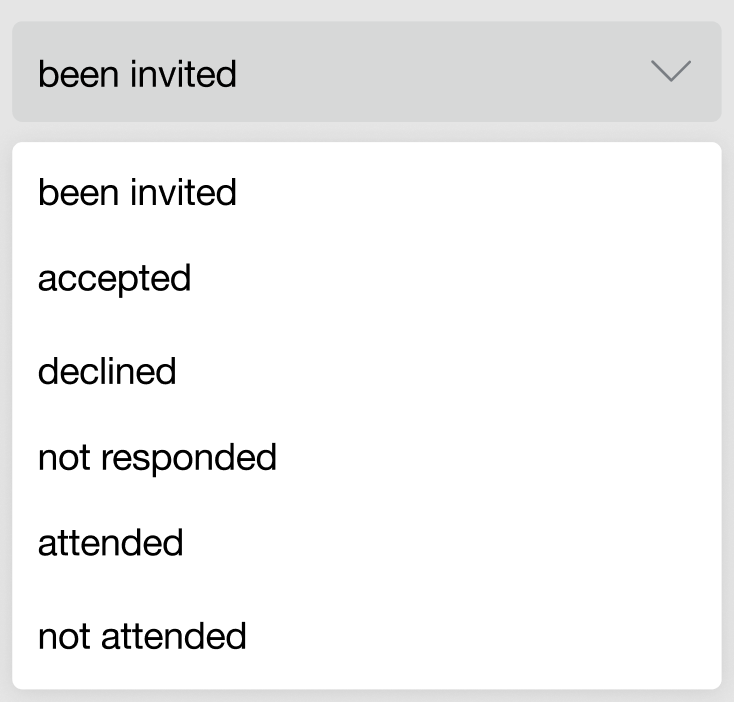 From there, you can filter for a particular status on an event: 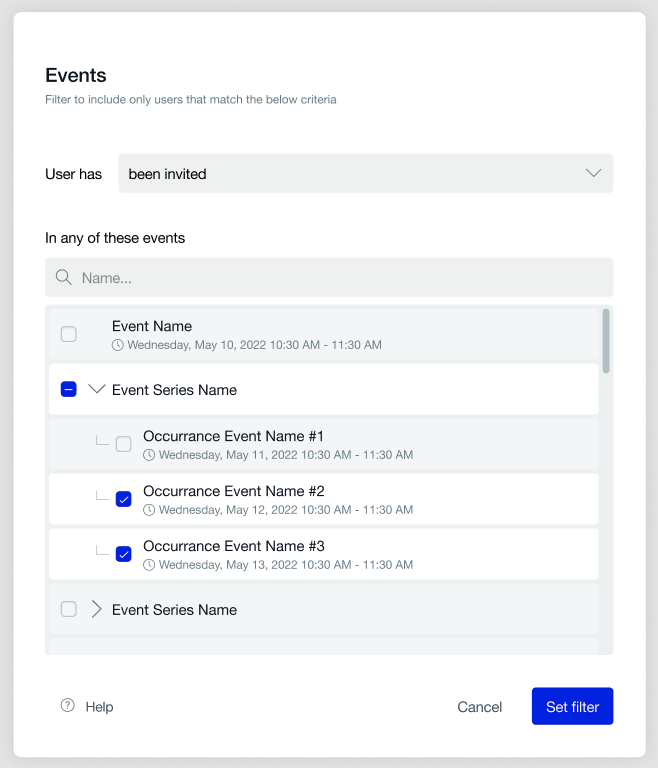 You can filter for a specific event or multiple events from there, including an entire event series or just a selection of events in a series. Depending on who you are trying to target with the campaign, this will allow you to target a specific audience at different points (check out some of the use case suggestions below).

What are some use cases for event filters?