All Collections
Using Campaigns
What does the campaign summary mean?

What does the campaign summary mean?

Actions triggered, people started, current audience, people completed - what does it all mean?

Written by Odi
Updated over a week ago 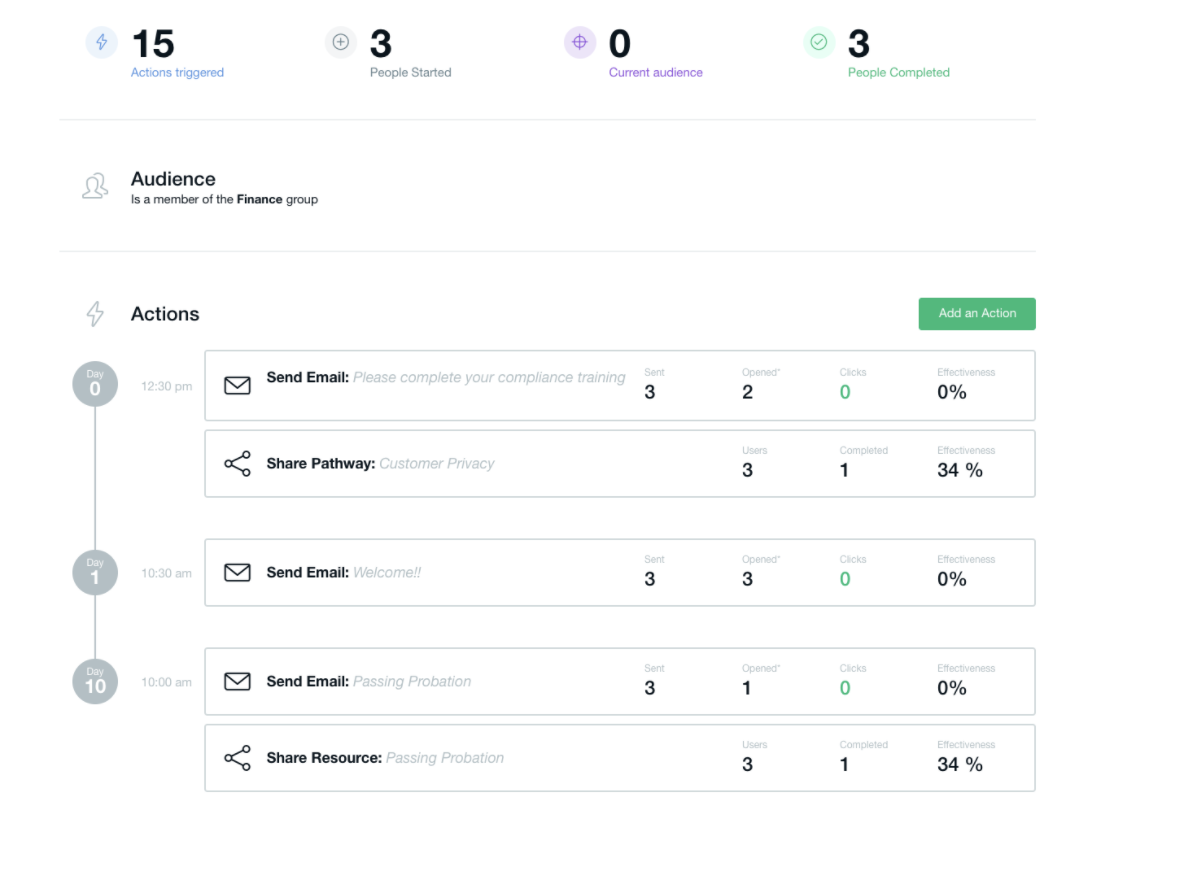 3 people in total have started the campaign.

There is no one current. If someone was added to the campaign tomorrow then they would be marked as current.

3 people have worked their way through the entire campaign and are now marked as 'completed' (got sent all the actions from day 0 to day 10, so the above example means 3 people have been sent the day 0, day 1 and day 10 actions) so won't get any more communication. They may not have necessarily opened or clicked or done any actions from the campaign but they are completed as they have been sent the messages/actions.

Remember the summary is for the entire campaign. To see specific users and if they have opened the email or clicked the call to action button on your campaign, select the reports tab.